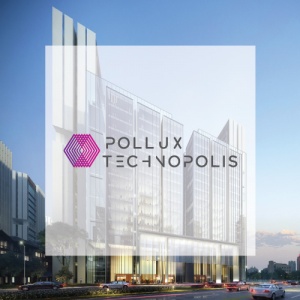 Pollux Technopolis, City For The Future

Pollux Technopolis is a new icon in the city of West Karawang. It is located near the exit gate of West Karawang, precisely at kilometer 47. The location of Pollux Technopolis is strategic because it is in the middle of the largest industrial area in Southeast Asia, where 14 thousand hectares of which are only used as land industry. More than 40% of Indonesia’s exports are manufactured in this city. In addition, more than 2000 multinational and international companies reside here, making Karawang a very potential and prospective investment location that will continue to grow and is promising, especially in the industrial sector. In fact, Karawang also continues to grow with the massive development of infrastructure and transportation such as elevated toll roads, Jakarta-Bandung fast trains, Light Rail Transit, and facilities such as Kertajati Airport and Patimban Port.

Pollux Technopolis which will be the first CBD in West Karawang will be divided into 6 zones including; Kairaku Residences, which consists of 5 apartment towers with a total of 2500 units and has a smart home system and thematic garden which is equipped with facilities such as sky garden, pool, yoga deck, and rooftop garden as well as an international standard hotel, the Louis Kienne Hotel.

In addition, Pollux Technopolis will also present Dotonbori Shopping Street, a 4-floor shop houses which is the first shopping street in Indonesia with a Japanese thematic concept along 1000meters boulevard. Also there will be Pollux Mall which is one of the largest malls in Indonesia, the grandest office tower with a total of 80 floors, as well as the largest lagoon in Asia that will become the center of Pollux Technopolis.